Home/Money/24 Karat Gold 2014 Kennedy Half Dollars – In Stock Now!
Next

The agenda for the forthcoming meeting of the Citizens Coinage Advisory Committee (CCAC) has revealed the United States Mint’s plans to offer a special product featuring a 2014 Kennedy Half Dollar struck in 24 karat gold.

Collectors have known since last year that the US Mint was evaluating potential numismatic products to celebrate the 50th anniversary of the series. A survey distributed in the spring had mentioned a range of potential products, which mixed various combinations of mint marks, finishes, and compositions. The mint marks had included “P”, “D”, “S”, or “W”. The finishes had included proof, reverse proof, or uncirculated. The compositions had only mentioned copper-nickel clad and 90% silver. Initially, two-coin, three-coin, and four-coin sets had been considered.

As yet, the Mint has not confirmed the specific configuration for the set or sets to be offered. The offering of a set including a 24 karat gold version of the Kennedy Half Dollar would serve to create a more upscale set and create some considerable excitement for collectors.

The US Mint has broad authority via the Secretary of the Treasury to mint and issue gold coins. Under 31 U.S.C. § 5112(i)(4)(C), the Secretary may prescribe procedures and specifications for the minting and issuance of new gold coins, including the diameter, weight, fineness, or design. This authority was used to produce the immensely popular 2009 Ultra High Relief Double Eagle Gold Coin.

Back in 1999, the US Mint had also struck a limited number of Sacagawea Dollars in a composition of 22 karat gold, which carried a denomination of five dollars. The Mint had planned to sell such coins to collectors as numismatic items, although the plan was halted. Twelve examples of the gold coins carrying the “W” mint mark were sent into space aboard Shuttle Columbia and then placed in storage at Fort Knox where they still reside.

The US Mint has previously released a numismatic version of the Kennedy Half Dollar carrying a special matte proof finish. The coins were issued in 1998 as part of the Kennedy Collector’s Set which was available to order during a six week period. The set included the uncirculated version of the 1998 Robert F. Kennedy Commemorative Silver Dollar and a 90% silver 1998-S Kennedy Half Dollar struck with a matte finish. The coins had an approximate mintage of 62,000 pieces. 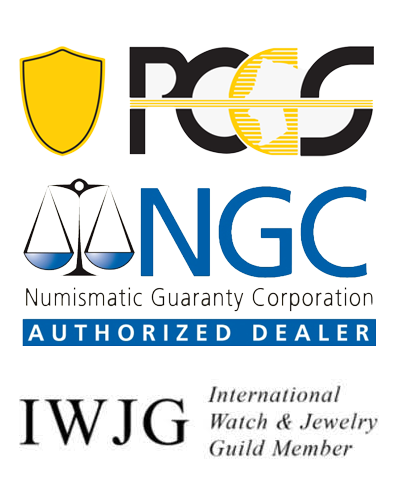